The Department of Fisheries and Wildlife at Oregon State University provides comprehensive research, education, and outreach programs related to conservation biology and the management of fish and wildlife resources. Our goal is to provide people with the knowledge needed to make wise decisions on issues of conservation, sustainable use, and ecosystem restoration. We accomplish this through a combination of undergraduate and graduate education, scholarly research, extension education, and public outreach.

We take pride in our many accomplishments, including:

Our unique undergraduate program offers students the ability to design their own area of specialization, and through hands-on classes and internships, we focus on critical thinking, leadership and team-building skills. Our graduate program offers both MS and PhD degrees in Fisheries or Wildlife Sciences, Graduate Certificates in Fisheries or Wildlife Management, and a Professional Science Masters in Fish and Wildlife Administration. Graduates from both our undergraduate and graduate programs have been very successful even in a competitive job market.

For more information, please explore our website. If you don’t find what you’re looking for, please feel free to contact me.

The Department of Fisheries and Wildlife is a part of the College of Agricultural Sciences. We are a team of scientists, students, and staff devoted to the study of conservation biology and fish and wildlife management. We educate our students to think critically and evaluate problems from a strong background in basic and applied science, fundamental ecological principles, and consideration of social influences on conservation. We strive to help our students succeed through a rich program of field and laboratory coursework and personal advising.

Our student body represents a wide variety of social, economic, and ethnic groups with over 700 students working toward their Bachelor of Science degree either on the Corvallis Campus or online through Ecampus and over 150 graduate students working towards their MS, PhD, Certificate, or Professional Science Masters degree. 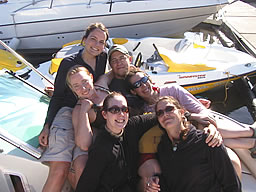 Our faculty includes 27 tenured or tenure-track faculty, 10 research faculty, 15 faculty members with outreach/extension appointments, and 32 Postdoctoral Associates, Research Associates and Research Assistants. Through our close ties with state and federal agencies, we also have 38 courtesy faculty, including 4 USGS Cooperative Fisheries and Wildlife Research Unit faculty. This dynamic and internationally recognized group of scientific professionals provides a rich environment for students who seek a degree that is both scientifically rigorous and relevant to today’s natural resource issues.

Our staff and faculty also take pride in teaching, advising and public outreach. Many of our teaching faculty have received Outstanding Teaching Awards from the College of Agricultural Sciences, and are listed in the University’s Registry of Distinguished Teachers. Our advising staff provides personal attention to our students and has won awards for excellence in advising at both the college level and within professional societies. Faculty, advisors and the Department Head have an “open door” policy for students that provide a family-oriented atmosphere. Finally, we strive to provide citizens of Oregon with useful scientific information on issues such as salmon and watershed management, land-use practices and habitat restoration, and marine resource conservation. 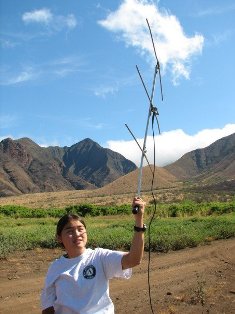 Faculty and students in the Department of Fisheries and Wildlife acquire, integrate, and disseminate knowledge about fish and wildlife at all levels of biological organization. We focus on resource systems influenced by human activities. Our goal is to provide people with the knowledge needed to make wise decisions on issues of conservation, sustainable use, and ecosystem restoration. We accomplish this through a combination of undergraduate and graduate education, scholarly research, extension education, and public outreach.

Doug Reese was awarded the R.M. Wade Award for Excellence in Teaching (Sponsored by the R.M. Wade Foundation)/Registry of Distinguished Teachers.

David Noakes was elected as a Fellow of the Linnean Society.

Eric Forsman was presented with the USDA Secretary's Honor Award at a formal ceremony in Washington, D.C. The annual award is one of the highest honors given to Federal employees and was presented by Agriculture Secretary, Tom Vilsack.

Stan Gregory is the recipient of the 2013-14 Excellence in Teaching Award from the University Professional and Continuing Education Association's West Region.

Thom Whittier, Robert Hughes and others received the Robert L. Kendall Award for the Best Paper at the American Fisheries Society

Thom Whittier, Bob Hughes, and Gregg Lomnicky, along with fellow author David Peck, won Best TAFS Paper of 2007 with their paper titled "Fish and amphibian tolerance values and an assemblage tolerance index for streams and rivers in the Western USA," published in Transactions of the American Fisheries Society

Pat Kennedy, Wings across the Americas Research and Management Partnership Award (2006) from the USDA, Forest Service for contributions to northern goshawk research and management.

Robert M. Hughes received the 2006 Award for Environmental Stewardship from the North American Benthological Society and a Fulbright Senior Specialist Award to teach at the Federal University of Minas Gerais in Brazil November-December 2007

The Department of Fish, Game, and Fur Animal Management was established in 1935 within the Oregon Agricultural College during the conservation fervor that swept the country in the wake of the Great Depression and Dust Bowl eras.  At the same time the department was established, the Oregon Cooperative Wildlife Research Unit became the second unit in the country among the original nine units established under the enabling legislation. The name of the department was changed to Fish and Game Management in 1936 and to Fisheries and Wildlife in 1964. There have been six permanent leaders since its inception: Roland E. Dimick (1935-1963), Thomas G. Scott (1963-1973), Richard A. Tubb (1975-1993), Erik K. Fritzell (1994-2001), William D. Edge (2001-2015), and Selina Heppell (2016-present). Charles E. Warren (1973-1975) and Lawrence R. Curtis (1993-1994) served as interim department heads. 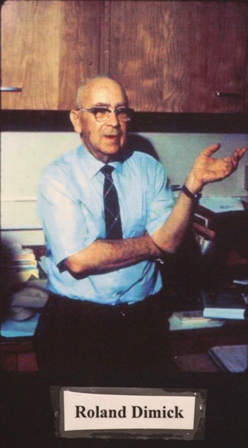 Enrollment in the department has fluctuated substantially during the program’s history. Almost 100 students enrolled in the program the first year and the first class graduated in 1938. The program was virtually closed in 1943 and 1944 because of WW II. Peak enrollment was reached in 1974 with 391 undergraduates. Five years later the largest class of 98 students graduated. The department has had the largest or second largest undergraduate program in the college since it was established, and for many years has had one the largest graduate programs in the university.

Student clubs also have a long history with the department. The first college Fish and Wildlife club in the nation was formed in 1935 at OSU and named the Ding Darling Wildlife Club, in honor of the noted conservationist. The name was subsequently changed to the Fin and Antler Club and later to the Fish and Wildlife Club. The Club is currently a student chapter of both The Wildlife Society and the American Fisheries Society. The Fish and Wildlife Graduate Student Association was established in 2002.

The undergraduate curriculum has changed several times during the department’s history. One impetus has been to provide more flexibility and individual choice to students. In 1996, following a 10-year program review, the program underwent a major revision. The current degree program has three innovative features: internships, a capstone sequence, and a self-designed specialization. In 2009, the Department began to offer a popular online undergraduate degree program and within five years, students registered for classes in that program increased from 56 to 257.

Federal cooperators are an integral part of the department. The Oregon Cooperative Fish and Wildlife Research Unit is a partnership between the U.S. Geological Survey (USGS), the U.S. Fish and Wildlife Service, Oregon Department of Fish and Wildlife (ODFW), Oregon State University, and the Wildlife Management Institute. The Wildlife Unit, which began in 1935, was terminated in 1959 and reestablished 1971. The Fish Unit was established in 1966 and the two units were later combined. We have been fortunate in having a four scientist unit almost continuously since 1971.

Throughout the years, the department has launched and/or participated in several major collaborative research programs:

Our history of collaborative research and a world-renowned faculty attract some of the brightest minds in the world to our program. Degree programs that engage and enhance student learning, as well as offerings for students on the Corvallis Campus and online through Ecampus, have resulted in the Department of Fisheries and Wildlife being one of the largest and most successful departments at Oregon State University.